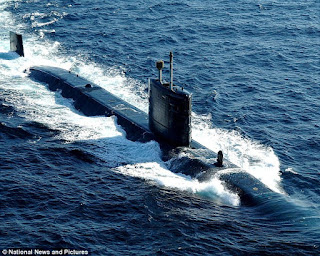 Posted by Professor HE Haralambides at 17:54 No comments: 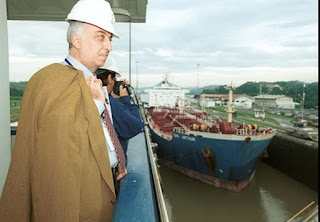 [Lloyd’s List, 8 June 2016: “Suez Canal offers up to 65% discount for Asia-North America east coast carriers”]
____
A few weeks ago I was commenting on the MoU Suez and Panama were signing, surprisingly with the blessing of the United States. I was saying that we should keep an eye on this development, for, although the MoU was described -as it is common in this type of agreements- as a “technical cooperation and information exchange agreement", its intentions could be quite different (i.e. collusion). Apparently "the plan" didn't quite work and the result, as was to be expected, is outright head-to-head price war.

Panama is again engaging  in new demand forecasting studies. In these, Panama should keep in mind that, in servicing the US East Coast, the role of Suez and of the Mediterranean hubs (Malta-Algeciras-but particularly Tangiers) is increasing. This is so, not so much in order to save on fuel costs, but mostly because carriers are able to feeder, from these hubs, the increasing trade of West Africa.


If to the above one would add: a) the new generation of containerships (too large for the Panama Canal); b) the interest of China in Port Said and in the Nicaragua canal; c) China’s grandiose, US$ 1 trillion “One Belt One Road” network and, in this context, China’s interest in the Mediterranean ports (Venice, Piraeus), East African ports (Mombasa, Djibouti), and Gulf ports (Oman, Qatar), the future prospects of the Panama Canal do not look, at least to me, as promising as one might like them to be.