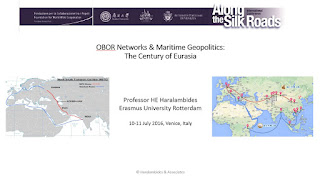 OBOR is a US$ 1 trillion plan with an estimated economic multiplier of 2.5. Since the plan was announced three years ago, only 5% of this budget has been spent. There are as many plans as interested countries and China is talking to all of them. 10,000 articles have been written on the subject, but NDRC has retained only 100! Nothing is decided yet, and may analysts tend to see OBOR as a geopolitical “carrot and stick”, something similar to “Marshall Plan”.

China is not investing only in African infrastructure but it transfers manufacturing activity there. By the end of 2015: 128 industrial projects in Nigeria, 80 in Ethiopia, 77 in South Africa, 48 in Tanzania and 44 in Ghana. It seems developing Africa is much easier than developing China’s own northwestern territories.

With investments in Australia (Darwin) and a continuing interest in the Nicaraguan canal, China will soon be looking at the Pacific Ocean, expanding OBOR to a global, “around-the-world” network, in competition to TPP. What are the prospects of the Panama Canal, in view also of competition from the Suez Canal? To my view, not very promising.

Russia is squeezed from both sides: USA/NATO from the west / China-Eurasia-OBOR from the east. Russia’s response: its own ‘OBOR’: The North-South Transport Corridor.

Both Russia and China intend to develop their own currencies into reserve, clearing ones, away from the dollar and a crisis-prone, risky and overburdened western financial system. China in particular has created a currency clearing house in Qatar while Russia has an “oil for goods” deal with Iran. The latter country too has recently entered into a “rail for oil” barter deal with Turkey. 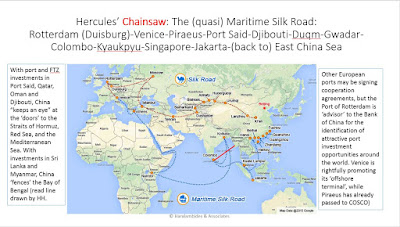 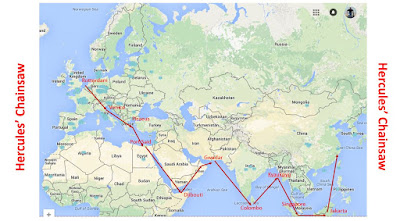 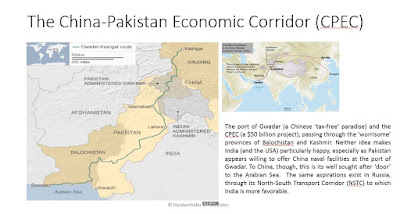 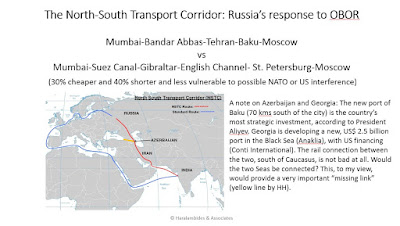 -The 21st century is the century of Eurasia.

-“Accessibility” (and not ports) is the bottleneck to trade.

-Infrastructure investments should not be the outcome of geopolitical and security games.

-The debt of the developing world is a cause for concern.

-China’s NPLs correspond to 25% of the country’s GDP.

-A new economic ‘meltdown’ is not out of the question; this needs to be avoided at all costs.
Posted by Professor HE Haralambides at 10:47 No comments: