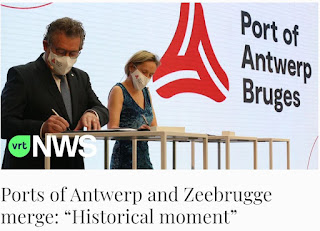 The recently announced Antwerp-Zeebrugge port integration (PI) is an important development in the North Sea ports region, and just another step in a worldwide trend, championed by China. Below, follow the preliminary results of our research, titled as above (without the text in parentheses).

Amongst them, perhaps the most interesting result for the Antwerp-Zeebrugge merge is that the positive effects of the integration are expected to be larger for Zeebrugge than for Antwerp!

It has long been established (Haralambides, 2002; 2017; 2019) that unfettered competition among regional ports -often being played one against the other by powerful carrier alliances- leads to unnecessary duplication of effort, excess port capacity and waste of scarce port resources. The world of business (and politics) is concentrating in the pursuit of economies of scale. In many countries around the world (with Italy an excellent example), earlier efforts to port devolution are being reversed and decision-making authority is re-centralized.

With the help of the DID methodology, we are presenting the theoretical underpinnings of port integration (PI) and we measure its various impacts on regional economic growth. We have established that PI’s economic impacts vary depending on the geographic region and the size of the port-city. The following main conclusions are drawn: i) PI can stimulate the economic growth of cities, and its effects grow with time; ii) The effect of port integration on the economic growth of small-medium size cities is clearly discernible, while the impact on larger cities is weaker.

The design of port integration procedures is neither simple nor can it be uniform. Coordinated top-down (central government) directions may be required, following the results of our research. Such policy intervention would focus on rationalization of public investments; spatial differences and industry structure; city-sizes; and promotion of ‘port cluster’ effects, including education and R&D. Policy intervention may also be necessary, given that the effects of port integration are not, naturally, instantaneous but realizable in the longer-term. This is something that would perhaps require institutional reforms, alongside the necessary ‘port-centric’ infrastructure investments in road and rail infrastructure, warehousing, inland terminals, and logistics facilities by and large. Such investments would be more meaningful and demanded in smaller cities where the PI impacts are larger, as we have argued.

We hope our results provide sufficient theoretical support to the worldwide efforts on port integration, aiming at port resources rationalization, port competitiveness, and regional economic development (the full research will be published soon).

Posted by Professor HE Haralambides at 11:50 No comments:

From Emerging to Mature: Optimum Sales Strategies in the Cruise Industry 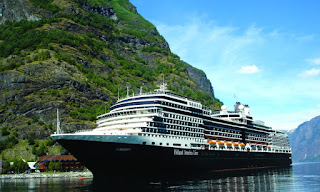 In service industries, such as cruise tourism, intermediaries (agents) are crucial in the initial stages of foreign market penetration and business development. This is particularly important in emerging and protected markets such this of China a few years back.

As the market matures, however, and the consumer becomes savvier, the role of the agent declines, and direct sales become more popular.

We combine game theory and discrete consumer choice to construct a decision-making model for cruise companies, aiming to assist them in choosing the right pricing and sales strategy under different market circumstances and shocks (such as the COVID-19 pandemic).

Our numerical experiments convincingly demonstrate that collaborative pricing and sales is a winning strategy in most market environments, including unforeseen situations of major shocks. Competitive pricing and sales, instead, reduces profitability for both company and agent. Single channel sales strategies, either direct or through the agent, appear to be the less performing options while, were the latter to be the case, the cruise company would be better off by selling only to travel agents.

Although our methodology and results are of generic value, China has nonetheless proven to be an excellent case study of the way cruise product pricing and sales strategies have evolved, to cope with the transition from an emerging- to a mature cruise market.

Posted by Professor HE Haralambides at 15:46 No comments: 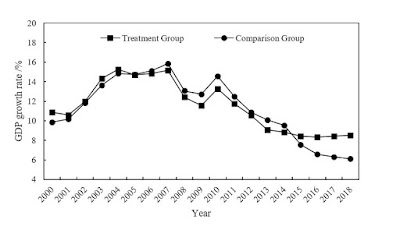 It has long been established (Haralambides, 2002; 2017; 2019) that unfettered competition among regional ports -often being played one against the other by powerful carrier alliances- leads to unnecessary duplication of effort, excess port capacity and waste of scarce port resources.

The world of business is concentrating, in the pursuit of economies of scale, and what better example could one possibly find than concentration in liner shipping in the form of global shipping alliances. In many countries around the world, earlier efforts to devolution are being reversed and decision-making authority is re-centralized. This is the background behind the concept and advantages of port integration.

In a little thing we are working on (to appear in print soon), we have adopted the Difference-in-Differences (DID) model to analyze the effect of PI on urban economic growth, as well as to identify the causes of spatial differences in urban development, possibly due to PI.

The figure above summarizes our results which are most gratifying: Since 2015, when provincial port consolidation efforts were instigated in China, PI has significantly advanced the economic growth of port-cities (treatment group line), vis à vis provinces where port consolidation has not started yet (comparison group line).

Interestingly, and again a most gratifying result, the effects of PI increase over time, as they of course should (observe the divergence of the two lines after 2015.

Posted by Professor HE Haralambides at 16:13 No comments: