The end of private car ownership? 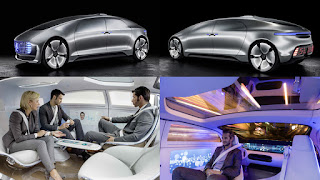 These days every year is the time of predictions and I have never shied away from them. Here are therefore my predictions, not for 2017 but for 2027.

Autonomous (self-driving) cars are here to stay and the plans of manufacturers point at an exponential future growth. Consumers have already expressed their preferences for reading; working; meeting; or chatting on their cellphone in the car, rather than driving.

The internet of things (IoT) is already changing our mobility behavior and, with applications like Uber, as well as GPS navigators such as Waze and Sygic, our car is already connected to all others. This has the potential to alleviate much of our transport externalities, such as accidents, congestion and air pollution, and lead to a much better, and more efficient, use of road infrastructure.

We are using our car only for 10% of its time and that’s a terrible waste; car-pooling (in autonomous vehicles) will increase. Private transportation services will be demand-driven: I will have a car waiting outside my door only when I need it. I won’t need half an hour every evening to find a parking spot in the neighborhood, nor would I need to pay car ownership taxes for having a car gathering rust on my sidewalk. Once it has dropped me off, the car could go and park itself at a specially designated parking area, hopefully outside our congested cities. Residential areas will again become what the word says: "residential".

Considering the above, at some point in the near future, car manufacturing will start declining precipitously. The end of car ownership is here.

Posted by Professor HE Haralambides at 18:09 No comments: 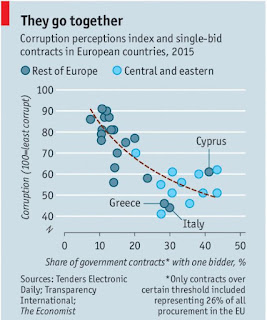 
[1] A notorious case, immediately overruled by the State Council, was the communist (sic) Greek government’s decision, in 2016, to limit the number of national TV stations to 4, on arguments based on the ‘financial survivability’ of broadcasters, given the size of the advertising market...
Posted by Professor HE Haralambides at 12:50 No comments:

Protectionism: choosing the wrong medicine to the right illness Trade has undoubtedly created unimaginable wealth and welfare throughout the world, but at the same time it has also precipitated worrisome disparities in job creation and income distribution in many countries.
Spellbound this afternoon, I listened to Yi Xiaozhun, Deputy Secretary General of WTO, to reaffirm my conviction that protectionism is the wrong medicine for the cure of this malady.
Rather than questioning the merits of trade, affected partner countries of our multilateral trading community should find those tools and economic policies which ensure that (a) benefits from trade are distributed as fairly as possible among local communities and their peoples; and (b) local industry of high import content is not unreasonably exposed to (unfair) foreign competition.
A great lecture by all counts.

Posted by Professor HE Haralambides at 18:58 No comments:

For whom the bell tolls? 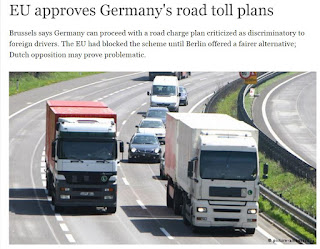 Once the critical instrument for the reconstruction of a Europe dilapidated by war, infrastructure today is increasingly becoming a private- rather than a public good, where the user pays principle ought to apply. In this sense, Germany’s road toll plans are in the right direction.

Port competition, for a common European hinterland, is intensifying as a result of plentiful road infrastructure, much of it in Germany. Motorways are thus becoming just transit links, with the benefits of costless infrastructure accruing to the origin (e.g. China) and destination (e.g. Switzerland) of cargo, rather than to the German taxpayer who is called upon to finance infrastructure development and maintenance.

The Dutch government ought to study more carefully its objections to the German road toll plan. The elasticity of demand for Hamburg port services is three times higher than that of the port of Rotterdam, and a more expensive use of German motorways could have the effect of diverting cargo traffic from Hamburg to Rotterdam. And few would mind this in The Netherlands; or would they?