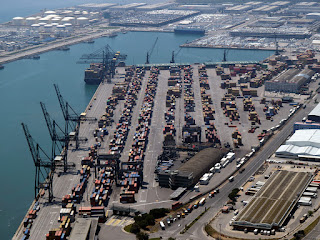 As said, I am quite content with the policy orientations of Competition Commissioner Vestager  in terms of focusing on the real issues facing our ports. HH
Posted by Professor HE Haralambides at 11:56 No comments: