General Rate Increases (GRI) in Liner Shipping: Do they matter? 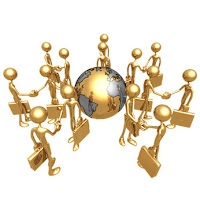 Advance Price Announcements (GRIs) in liner shipping have long been a bone of contention among shippers and competition authorities alike. Grudges include lack of transparency and the “usefulness” of public announcements by and large.

Liner rates are complex structures that include various, often obscure, components, such as BAFs, CAFS, etc. Regarding public announcements on the other hand, and as the argument goes, if carriers only wanted to inform their clients of future price increases, they could do so directly (e.g. by letter or email), without recourse to public announcements in the Press. Economic theory suggests that, in a cartelized market, advance price announcements by one producer (carrier) might lead to actual price increases by its competitors.

But was this effort necessary?

New econometric research appearing in MEL shortly shows that the impact of GRIs on actual prices, if any, is minimal and if it exists it exists only under specific market conditions. Moreover, assuming GRIs could have some effect on competition, they constitute explicit collusion and economic theory says that such collusion is attempted only when the ‘conspirators’ are unable to sustain for long tacit collusion (which is the real concern of competition authorities).

Much ado about nothing therefore? Shouldn’t we be spending our time instead on the grave consequences of alliances and of shipping industry concentration?

I (and many shippers and consumers) think so.

Posted by Professor HE Haralambides at 18:39 No comments: